Play for real: interact with all the 3D mechanisms!

Oniria: the Wondrous Kingdom of the Dragons

This may have been true… in the past. Now, the fate of Oniria is hanging in the balance,
and the only portal through which you can reach this world is the Wonder Book. 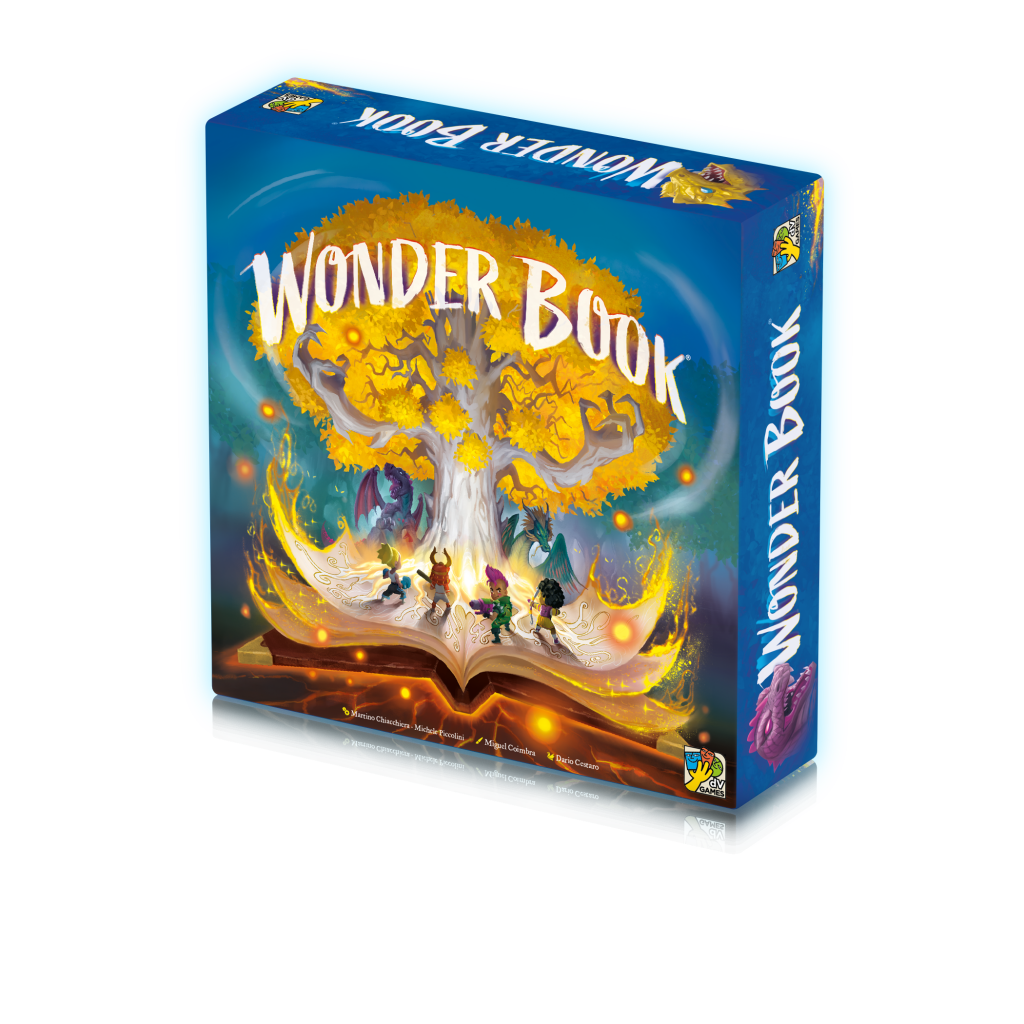 Wonder Book is a cooperative dungeon-crawler, a narrative-driven game with a branching storyline with a twist: the game board is an outstanding and interactive 3D pop-up book! 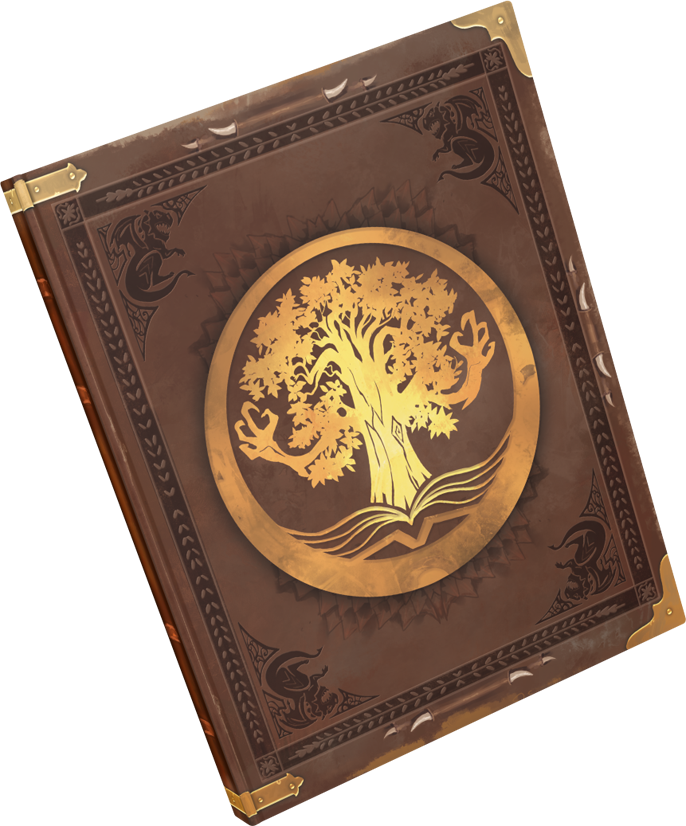 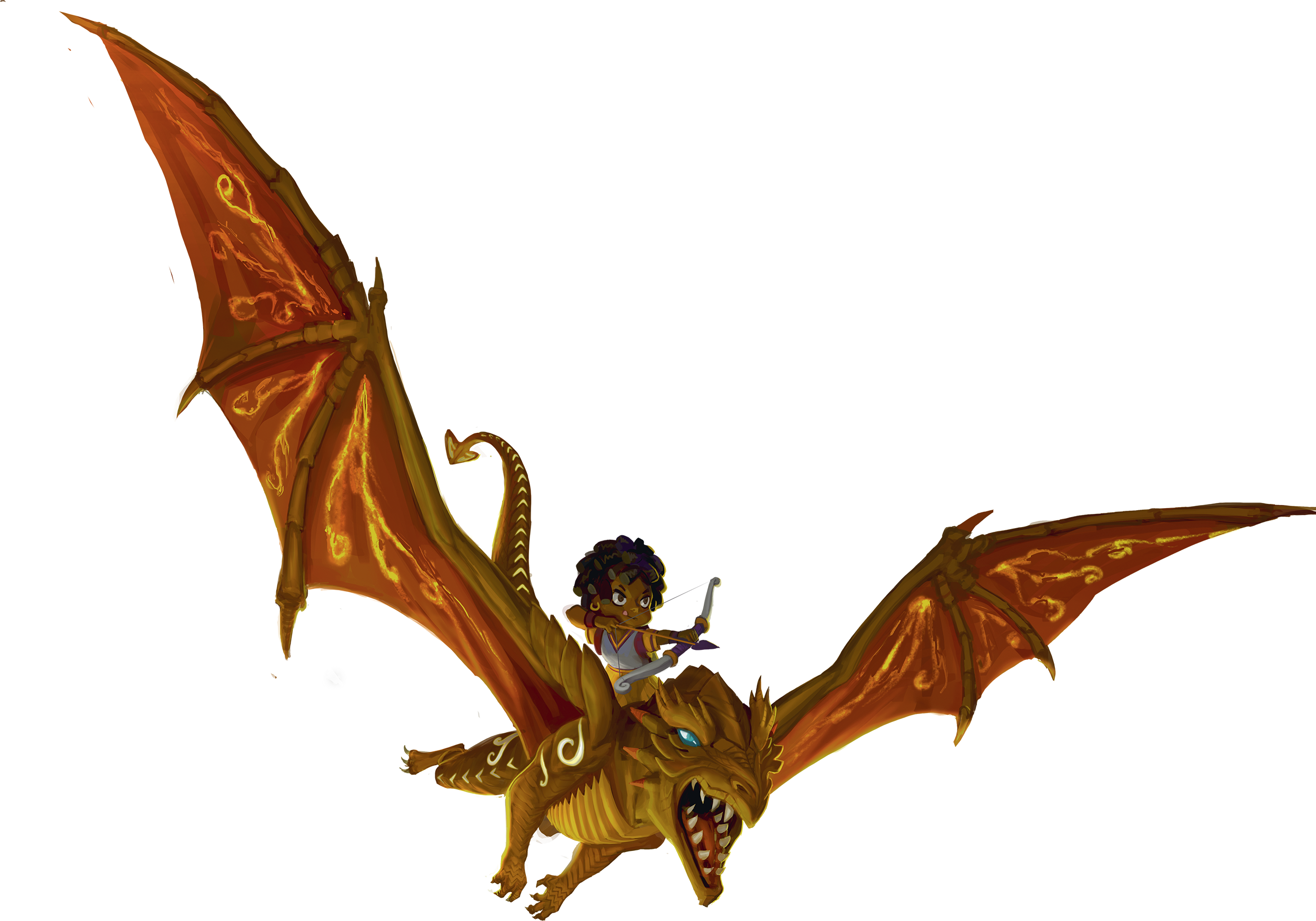 One card after another, each
scenario plunges you deeper into
the adventure, letting you
discover different paths of the
story: each of your choices will
have consequences!

An innovative pop-up book instead of a game board!

A 10-hour-long campaign, with many surprises. Unlock new content to play it again at an higher difficulty!

6 campaign chapters, each revolving around a different pop-up mechanic 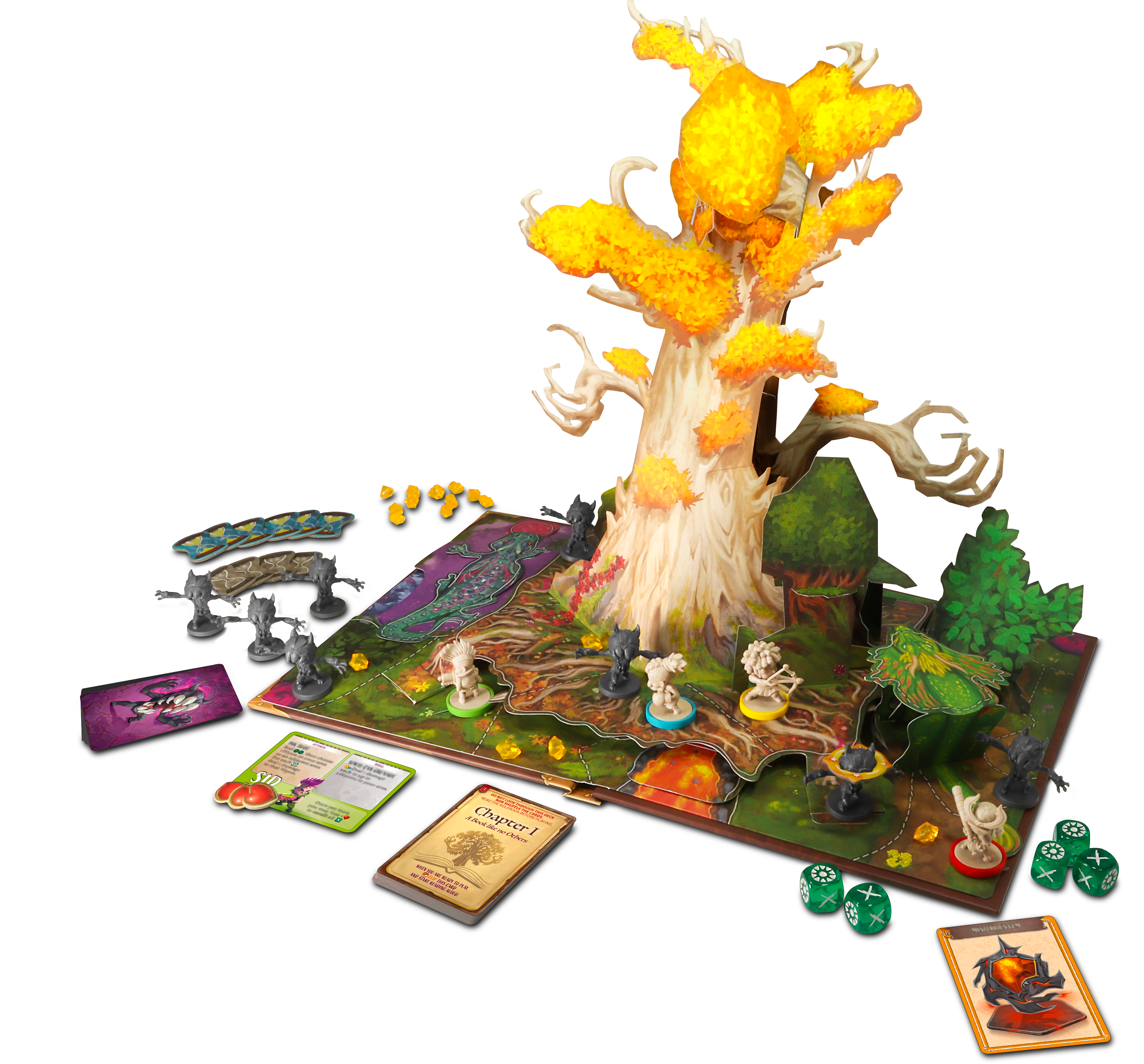 Do you have the Promo Kit?
Discover how to use it!

Each pop-up has its own unique gameplay rules that will surprise you with an unforgettable immersive experience. Miniatures will constantly interact with the 3D pop-up scenery!

Your choices matter! As you delve deeper into the majestic world of Oniria, make difficult decisions and follow your path to one of the many endings. Thanks to the Keyword system the game will remember your choices.

Just follow the story with the Chapter's deck of cards and let the game introduce you to all the different paths, then start playing inside the book with a simple yet deep dice combat system.

Thanks to a deck specifically designed to manage the enemies' behavior, no two combats feel the same! Wyrms have simple rules to follow but offer a deep challenge. Watch out! The deck will evolve and change as you go deeper into the story!

Your Hero attacks and abilities are strong enough to defeat most enemies, but victory will require team strategy! Don't be shy to experiment with your skills!

Build your Hero's abilities to match your gameplay style: each time you get an upgrade, you will have the opportunity to choose one of two new powerful skills that will affect how your Hero will play. 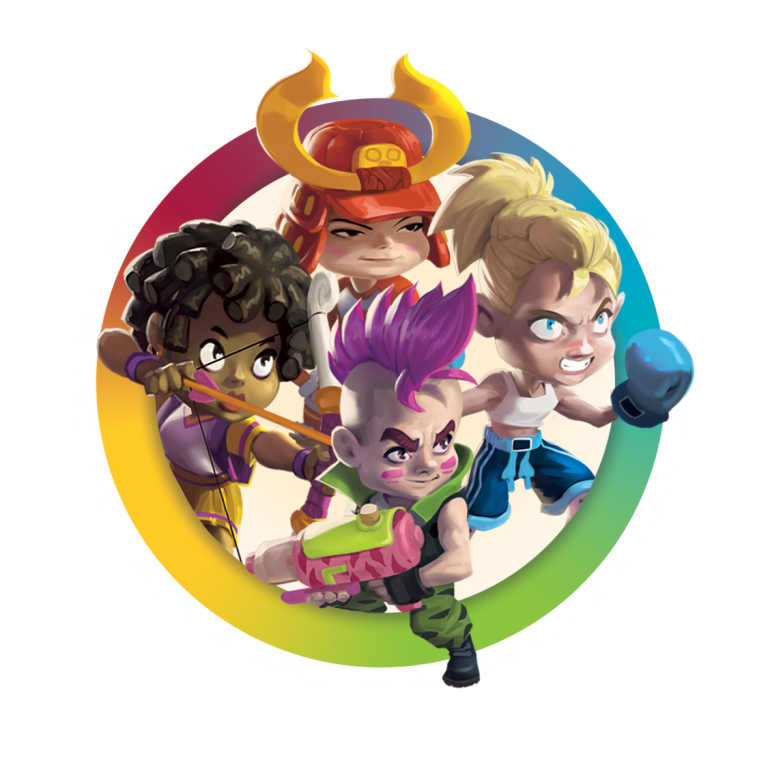 Are you sure you want to delete team?

We use cookies on our website to give you the most relevant experience by remembering your preferences and repeat visits. By clicking “Accept All”, you consent to the use of ALL the cookies. However, you may visit "Cookie Settings" to provide a controlled consent.
Cookie SettingsAccept All
Manage consent

This website uses cookies to improve your experience while you navigate through the website. Out of these, the cookies that are categorized as necessary are stored on your browser as they are essential for the working of basic functionalities of the website. We also use third-party cookies that help us analyze and understand how you use this website. These cookies will be stored in your browser only with your consent. You also have the option to opt-out of these cookies. But opting out of some of these cookies may affect your browsing experience.
Necessary Sempre abilitato

Performance cookies are used to understand and analyze the key performance indexes of the website which helps in delivering a better user experience for the visitors.

Analytical cookies are used to understand how visitors interact with the website. These cookies help provide information on metrics the number of visitors, bounce rate, traffic source, etc.

Advertisement cookies are used to provide visitors with relevant ads and marketing campaigns. These cookies track visitors across websites and collect information to provide customized ads.

Other uncategorized cookies are those that are being analyzed and have not been classified into a category as yet.

Primitive dragons discovered these gems by digging underground. The contention for these gems caused the War of the Gems, which ended only through the intervention of King Magnus.

After the war they were assigned to Eidolon, dragon designated as king for the then nascent Upperworld. Eidolon had his advisors hide the Gems so that no one could ever find and use them, unleashing too much power and risking further conflict and cataclysms.

They are said to provide unimaginable powers to those who combine them. Some say they could grant a weapon of pure light, others think they are cursed and their power is darkness itself. Still others, who believe in the legend of the Draken, say they would allow someone to become the Draken itself.

Krag, after years of subjugation by the Upperworld, has decided that he wants all the gems for himself. His realm has needed them for far too long. Therefore, once he manages to defeat Eidolon, he sets up a plan to get them back. But having harbored the desire for revenge for so long seems to have driven him mad, and he is determined to gain the ultimate power of the Draken by collecting and shattering the crystals.

Creepy all-white eyes, powerful wings, robust skin covered in scales as black as darkness itself and as purple as the glow of an alien crystal. He is Krag, dragon-king of darkness.

Krag has reigned over the Underworld, the subterranean kingdom of Oniria, since the time of Magnus.

He is the only dragon that survived in his original form after the extinction and mutation of the ancient dragons of the Underworld into wyrms.

Like the dragons that turned into wyrms, he lost his sight and adapted to living in a dark place with very little magic. For this reason, he is unable to stand in the light of the Upperworld for more than a few minutes. However, he kept his wings and retained some of his powers, which allow him for example to open Dark Vortices, portals to the Upperworld or even to the human world, which his wyrm troops use to travel and to take enemies by surprise.

He seems to have always ruled with an iron fist, but he has always fought for his people, especially after the Extinction. In fact, he has always demanded more equality from Eidolon, king of the Upperworld, because of the harsh conditions he and his folk ended up living in. This shows that his heart is not as black as his scales, and the wyrms know it. Because of this, they worship him and blindly believe in his leadership.

Dragons are colorful creatures that live in the Upperworld. They breathe magic to live and are all equipped with wings to fly. Some of them live in the forest, some in the swamp, some live near rivers, some on top of volcanoes, and still others are said to live above the clouds in endless flight.

Nearly all of the dragons were taken prisoner by Krag during his assault, and were taken to the dungeons of the Underworld.

During the adventure, the Heroes manage to free them and are able to talk to a few in particular.

They meet Senex, an elderly dragon who is looking for his dragon children, Iris and Aster. They meet Iris and Aster themselves, allowing them to reunite with their father. And finally they meet Fortis, Vigor's brother, who is worried about his fate since Vigor has managed to escape capture.